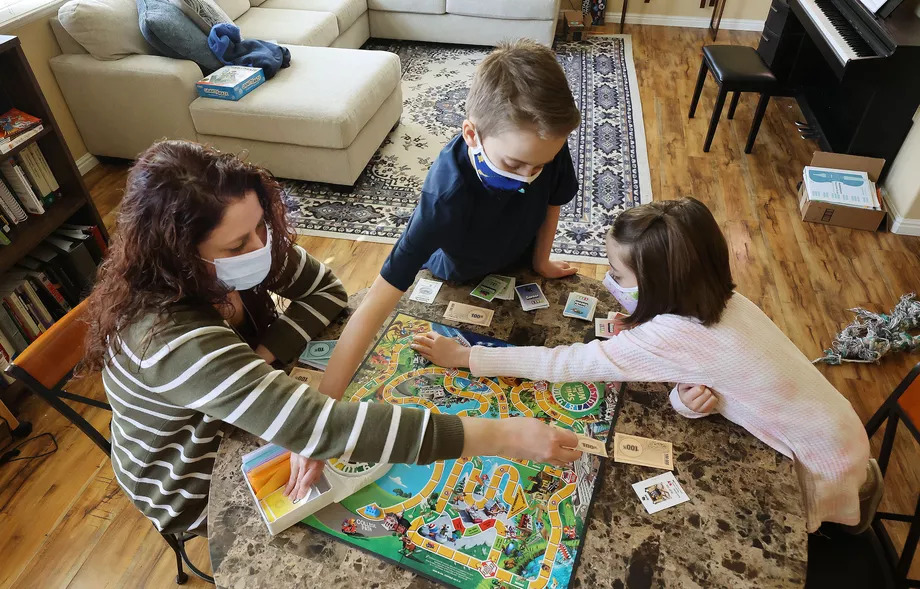 Freedom for Resilient Women created by Utah law school grad when COVID-19 surged last spring By Annie Knox@anniebknox  Feb 15, 2021, 10:00pm MSTLisa Sledge, a lawyer and a mother of two, center, walks with her children Emmett and Bethany and dog Marshall in West Jordan on Sunday, Feb. 7, 2021. Sledge earned a law degree while a single mother and wants to help others through her new nonprofit Freedom for Resilient Women. | Jeffrey D. Allred, Deseret News

SALT LAKE CITY — Lisa Sledge earned a law degree, in her telling, by the grace of God and a support network that spanned from kind professors to anonymous donors leaving cash in her mailbox.

Newly divorced and with two young children, the legal assistant woke up between 2 and 4 a.m. for a second job tutoring children online. She often toted her daughter, then 4, and son, 6, to her classes at the University of Utah’s law school. She sold her dining table to make rent.

When she passed the bar exam in 2019, Sledge wept with relief.

A year later, when schools shuttered in the pandemic, her mind turned to other single mothers, especially to those pursuing degrees to better support their children.

Sledge didn’t want to waste any time. She incorporated a nonprofit in March 2020 and worked on crafting a business plan after tucking her children, Bethany and Emmett, into bed each night. Her organization, Freedom for Resilient Women, aims to help more single mothers across the country graduate and become financially independent.

“I never wanted to be an entrepreneur,” said Sledge, 38, a contract analyst at a software company.“That was never anything that I have ever aspired to. It’s not something I think is fun. But I felt like, ‘I know what single moms need, and I know better than anyone else.’”

A drawing from Lisa Sledge’s daughter hangs on the refrigerator of their home in West Jordan on Sunday, Feb. 7, 2021. Sledge earned a law degree while a single mother and wants to help others through her new nonprofit Freedom for Resilient Women. Jeffrey D. Allred, Deseret News

The pandemic has raised the already significant hurdles for students like Sledge, which she calls “an invisible population.”

By September 2020, the share of single mothers at work dropped nearly 9 points from a year earlier — from 76.1% to 67.4% — according to the Pew Research Center. Unpartnered fathers saw a four-point dip; coupled parents five points.

Before the devastation of the coronavirus, Sledge notes that just 8% of single mothers graduated with a degree or certificate within six years of enrolling in college programs, according to a 2019 report from the Institute for Women’s Policy Research in Washington.

The data point is top of mind for Susan Madsen, director of the Utah Women and Leadership Project.

“When you take a partner out of the picture, everything is exaggerated — all of the negative impacts,” Madsen said.

While child care expenses and concerns about schooling affect most of the state’s women, those with the tightest budgets are grappling with covering the cost of groceries and obtaining computer and Wi-Fi access for students learning from home.

“We’re talking a set of stresses that are basic-needs stresses,” Madsen said.

In Utah, 2 out of 5 single mothers are living in poverty, Madsen said. Many were working in the hard-hit service industry and have returned to work, she said, but with fewer hours at hotels, restaurants or other hospitality-minded jobs.

Sledge, for her part, wanted to find a way to better provide for her family. She decided to pursue the law degree at the urging of her colleagues, but questioned the choice throughout three grueling years of law school.

“By the end of my third year, I felt like I could barely hold it together,” she said. “It was just such a long marathon of constant uncertainty and constant fear of, ‘Am I going to make it to the next month?’”

The family didn’t have Wi-Fi at home, so her children got accustomed to having “pajama parties” at the law school, both in a room designed for families and an empty office where Sledge studied while her children napped.

The obstacles weren’t purely financial, however. Sledge began experiencing panic attacks tied to the stress of her divorce, she recalled, and the anxiety made it difficult to take tests.

Classmates, instructors, members of her church, friends and family members stepped in to help, but Sledge said she grew tired of asking.

It’s part of why her nonprofit charges a small monthly subscription fee in exchange for access to an online forum, its own social media channel, plus videos on navigating professional and financial challenges.

“That opportunity to give $6.99 gives you some dignity when you ask for help,” Sledge said.

She’s planning to make the investment worthwhile, creating a network of mentors and peers she hopes will lead to lasting connections.

Federal data out in January shows that women accounted for all of the net job losses nationally in December.

Within Utah, the same Bureau of Labor Statistics data bears out a troubling trend.

Men are down 4,000 jobs from a year earlier, while women are down 8,000, said Mark Knold, chief economist at the Department of Workforce Services.

Knold noted men tend to dominate in construction and manufacturing industries, while greater shares of women work in health care and education. Manufacturing and health care jobs are down slightly, having the effect of canceling out the impact on the genders.

But while construction jobs have soared, those in education have taken a hit in the pandemic, Knold said.

Most research pandemic impacts have focused on families with two parents at home. But Madsen and her colleagues are at work on a wide-ranging study that is delving into how single mothers have fared in the pandemic.

National research has shown that simply having a source of guidance and support can help women arrive at improved situations for their family, Madsen said.

“When they find somebody in their corner, it changes their lives because somebody else can think and help them think through solutions,” Madsen said.

Sledge and her ex-husband have joint custody of their two kids.