Gender Parity Pledges: Do They Make A Difference? 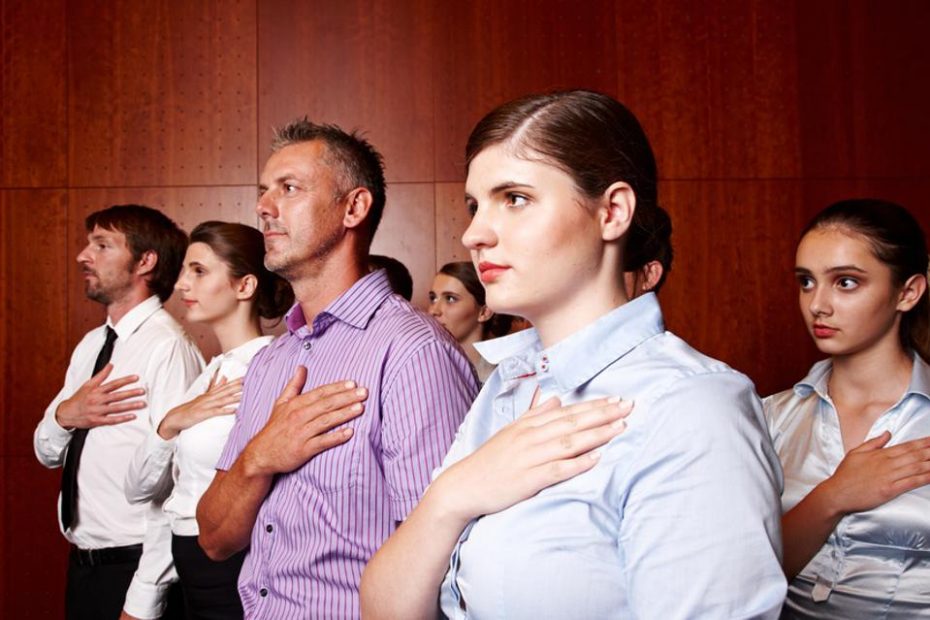 In the past few years, a host of different pledges have popped up that individuals, companies and other types of groups and organizations can partake in order to show their support for or take action toward gender parity. Of course, the idea is that when individuals or companies are publicly credited with taking a pledge, they are more likely to take steps toward increasing and improving the representation of women.

Here are the different types of pledges available, with a focus on whether they appear to have moved the needle in some way.

The Three Different Types of Pledges

In terms of businesses, one of the most prominent pledges appears to be ParityPledge, which asks organizations to commit to interview and consider at least one qualified woman for every open top leadership role (C-suite and board). Using their ParityINDEX, they continue to collect and track progress and post the “Best Companies for Women to Advance” list.

Another type of pledge for businesses is a national commitment such as Gender Equality Cayman Islands. This is an example of a government that has a pledge specific for businesses to ensure that all male and female employees will receive equal pay for work of equal value.MORE FOR YOUThree Strategies Women Leaders In Government Can Use To Get AheadWhere Have All The Women Gone?It’s Here To Stay: Teleworking Benefits And Recommendations

Other pledge arenas are limited to a specific state or region, such as the ElevateHER Challenge with the Women’s Leadership Institute in Utah, which has organizations pledge to elevate the stature of women’s leadership in specific ways.

Other sets of pledges are linked to specific professions or professional organizations.

For example, the Leadership Council for Women in National Security called for gender parity in national security appointments. The Panel Parity Pledge for the Gender Champions in Nuclear Policy focuses on individuals avoiding, whenever possible, speaking on single-gender panels, while the Women in Global Health 60/40 Gender Parity Panel Pledge specifies that pledgers will decline speaking engagements and decision-making roundtables where there are not at least 40% women.

There are also several gender pledges that relate to societal movements; these range from those hosted in specific cities or regions, a focus on one area or even worldwide initiatives. For example, one local-based effort is the SheCanHeCan pledge, a Monaco-based organization that aims to inspire and support girls to take leadership roles. Another is the White Ribbon Campaign, a Toronto-based movement and pledge for men and boys working toward ending violence against women and girls and promoting gender equity and healthy relationships.

In terms of an area of focus, Side by Side is a faith movement for gender justice in which individuals commit to achieving gender justice by pledging in specific ways that encourage, contribute, support, and recognize girls and women in areas such as education and skills, healthcare, land and inheritance rights, employment and fair wages, leadership roles, and access to markets.

Finally, a few examples of worldwide initiatives include Planet 50-50 by 2030, which is a commitment or pledge through UN Women that can be made by “member states” (national commitments) and is focused on ensuring all women and girls have equal opportunities and rights by 2030. It focuses on laws, policies, action plans and investment for nations.

The HeforShe Commitment is for individuals who “believe that everyone is born free and equal,” and people commit to taking action against gender bias, discrimination and violence to “bring the benefits of equality to us all.”

There is currently little or no evidence that various types of individual or organizational gender pledges are moving the needle. However, the idea is that when individuals or companies are publicly credited with taking a pledge, they are more likely to take steps toward increasing and improving the representation of women.

If organizations or countries take public pledges, it is much more likely that employees, customers, residents or citizens will hold that entity accountable for changes, particularly when the top leader or leaders were involved with or agreed to the pledge. This is basic change management. Of course, it is critical for companies to explore the available pledge options thoroughly to ensure a pledge aligns with the goals and strategies of the organization. The actual step of taking a visible pledge, if combined with other change efforts, could be part of a larger package that could help move gender parity forward for organizations.

For individuals, we do know that when people have incentives and accountability, they are more likely to achieve a behavior change than if they do not. The American Society of Training and Development (ASTD) did a study on accountability and found that people have a 65% likelihood of completing a goal if they commit to someone — and that grows to a 95% chance of success if he or she sets up a specific accountability appointment with that individual. The bottom line is that if your goals are public, they could fuel your desire to accomplish them.

I believe that taking gender parity pledges cannot hurt. But if they are not combined with other thoughtful change management initiatives and strategies, they are not likely to make a difference. Obviously, if an organizational or national leader makes a pledge without taking serious steps to change the practices, processes and systems that have been disadvantaging women, nothing will change. And the lack of gender parity has never been good for individuals, organizations or countries.

Forbes Coaches Council is an invitation-only community for leading business and career coaches. Do I qualify?